The street event at FISE Word Montpellier 2016 was held in a jam format and I must say it was the right decision. So much shit went down in such a short amount of time, and the vibes were tight, just a bunch of like-minded BMX riders having one hell of a session… From the dialed and swaged-out moves delivered via Courage Adams and Reed Stark, to some dudes just straight sending it. I still can’t believe homie who did the ice-to-hard down the rail. Insane! 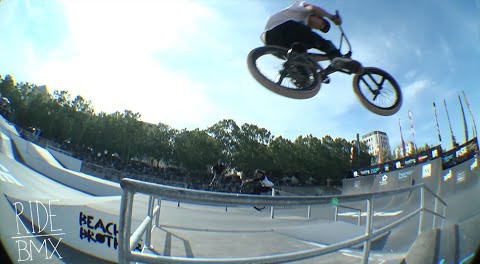