Jack Kelly is the Australian rail savage who you should definitely know about by now. He has all the futuristic rail moves like predator crooks and crankarm to hard 180s, but Jack is not just a nibbler, the dude goes in HARD. Jack recently spent some time in California with his good friend Dizzy, along with a bunch of the Colony / Division squad and banged out this epic belter of a web video. Sit back, relax, and prepare for an NBD ender that’s going to blow your mind.

„Jack Kelly is back in California for his 2nd riding adventure and as with last trip he really went in hard. Jack was like a kid in a candy store with all the perfect spots he was treated to and although he took some serious hits along the way, he was able to get back up again and stack some amazing footage for a video part you are going to want to watch again and again.“ – Cooper Brownlee 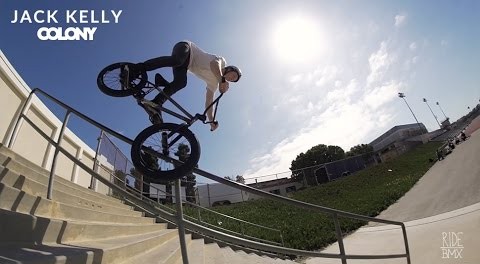