We’re psyched to be dropping the full Division Project DVD for you guys today. It’s been online in sections, but I know myself and many other people appreciate the idea of one continuous, long-form video without clicking around. So sit back, fire up the Apple TV/Google Chrome/whatever if you have one, and enjoy 30 minutes of fire from Division Brand.

„The Division Project was originally going to be an online video. But as we continued to film, we decided we really wanted to create a hard copy as well. I think we can all agree that having a premiere night for a project you’ve worked on for quite some time gives you a great sense of accomplishment, no matter what role you played in its creation.

And that’s what we did.

The premiere was held in Brisbane, Australia in August 2014. I burned off 150 copies of the DVD from my laptop and we made 100 black and white zines of photos taken while filming. We gave both away to the crew that came out on the night. In total, we spent about 18 months working on the video. We did trips around Australia, as well as filming in our home towns, to collect footage. Unfortunately, both Daniel Johnson and Mitchell McDonald had some injury issues. Thankfully DJ was already sorted for clips and Macca still came through with some solid moves. It was a real treat to work with all the guys on their sections and I can’t thank them enough for putting in the work outside of their regular, full-time jobs and their family commitments.

The DVD contains full sections from Daniel Johnson, Christ White, Jeremie Infelise, Carraig Troy, Rhys Gogel and Anton Ayres, along with a split section from Mitchell McDonald and Jack O’Reilly and a worldwide mix section from the entire crew. It is now available for free, worldwide, from all Division Brand dealers. 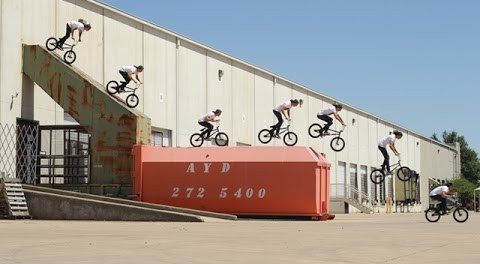