Our 41-Thermal® forks quickly established a reputation for strength and quality when we originally introduced them in 1999, and they have since gone on to change the standards that all forks are judged by.

Unlike ordinary heat-treatments, which are often merely an after-thought, the 41-Thermal® process encompasses all stages of production, and includes our own joint preparation controls, refined welding techniques, and the post-weld heat-treatment system that we originally pioneered and continue to refine and tweak to this day.

Other brands have tried to copy our designs (desperately attempting to reproduce some of the dimensional details and manufacturing steps that we first implemented), but a basic copy that’s made with no real understanding of the design principles used by the original will never be able to stand on the same playing field.

We recognized long ago that the bicycle industry’s standard testing methods are a poor representation of how a BMX fork is used during its lifespan. In response, our forks are mounted in an integrated headset at the correct head tube angle during lab testing — just as they would be used on a bike. The testing protocol then calls for a fatigue test where the fork is subjected to 4000 Newtons (or 900 pounds) of force, repeatedly, for multiple days on end.

At 2,000,000 cycles our new R-Series 41-Thermal® forks were still intact. With days of use on the record, a long line of other products waiting for the testing machine, and costs quickly mounting, we finally opted to turn it off. (In future tests, our proprietary testing rig will be included to multiply the load so we can finally take every fork to failure. You can count on an update to be posted here).

We also ran more forks using this protocol, both to see how other brands compare to ours and to silence the riders and critics who often try to say that „all forks are the same“.

As you can see, the wide variations in the test results show just how inaccurate and off-base it is to suggest that „all forks are the same“. It is also worth noting that the only design that came close to the R-Series fork in this test weighs over 4 ounces more and it still broke. 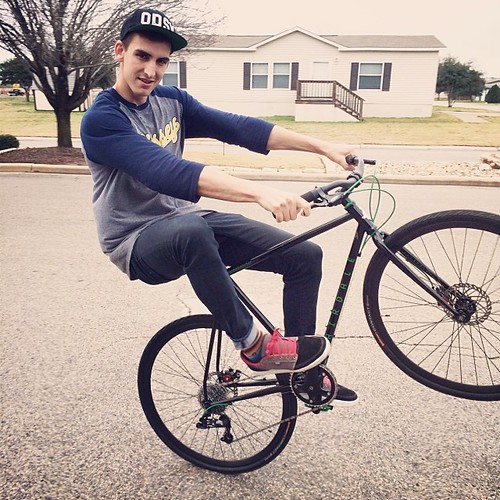